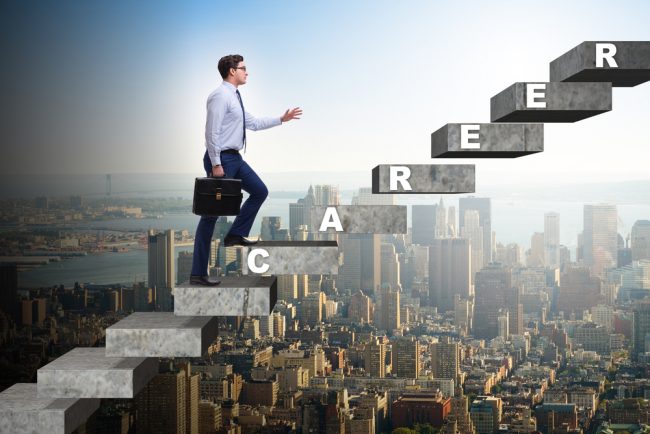 The $4.7 billion, based in Vacaville, Calif. Travis Credit Union hiring Catherine Johnson as SVP and Chief People Officer. In her new role, Johnson will have oversight and responsibility for TCU’s human resources, learning and development, and diversity, equity and inclusion engagement programs, as well as a member at part of the management team. She will be responsible for setting the strategic direction for all disciplines that fall under HR and training, and in addition, will develop and execute TCU’s long-term human capital business plan, including the organizational learning, internal communications, cultural alignment, leadership development, succession planning, organizational design, human resource management, and diversity and inclusion initiatives to support culture, values, and vision organization strategy. Johnson recently spent five years as vice president of human resources at the Center for Elders’ Independence in Oakland, Calif. She previously held positions as director of global human resources programs for the international logistics and supply chain company based in San Mateo, California, Menlo Worldwide/Con-Way, Inc. and director of HR programs at Kaiser Permanente in Oakland.

The $1.8 billion, based in Lowell, Mass. Caisse Populaire Joan of Arc announced a new hire and promotion.

Kenneth (Ken) Billingsley was hired as assistant treasurer – responsible for learning and development. He previously worked for Bose Corporation, where he progressed from Tier 1 Technical Support to Global Training Manager. In his new role, Billingsley will oversee a small team and the day-to-day operations of the learning and development department. In addition, he will create and develop diversified training and learning opportunities to improve the skills of employees.

William (Bill) Ely was promoted to Assistant Treasurer – Collections Manager. Ely has over 20 years of experience in collections and joined Jeanne D’Arc in 2020 as Head of Collections. In his new role, he will continue to manage and develop the collections program and will be responsible for advising members, settling debts and monitoring delinquency trends.

The $1.8 billion, Hanscom Air Force Base, Mass. Hanscom Federal Credit Union hiring Darlene Dumont in its project management office as vice-president, process improvement. Dumont brings over 30 years of business experience in organizational transformations, executive coaching, human-centered design, strategic workforce analysis and innovation, and is a captain at retirement from the United States Air Force. She holds a master’s degree in information systems management from Rensselaer Polytechnic Institute in New York State, as well as a master’s degree in quality systems management and a doctorate in business administration and quality systems from the National Graduate School of Quality Management. Dumont is certified in organizational design and has obtained the Lean Six Sigma Black Belt certification.

The $5.1 billion First Community Credit Union in Neenah, Wisconsin, promoted Craig Gloudemans to the SVP of Finance. In his new role, Gloudemans joins the management team and takes on expanded responsibilities in areas such as accounting/finance and investments. He joined Community First in 2001 as one of the first student tellers in the credit union branch at Appleton West High School in Appleton, Wisconsin during his senior year. While earning an accounting degree from UW-Platteville in Platteville, Wis., Gloudemans worked as accounting support staff for the credit union. After graduating in 2005, he was hired as an accountant. Gloudemans was later promoted to Chief Accounting Officer in 2012, Assistant Vice President of Finance in 2019, and Vice President of Finance in 2021. Gloudemans has held leadership positions on the United Way Fox Cities Emerging Leader Committee, Board of Directors Neenah-Menasha YMCA, Big Brothers Big Sisters. Bowl for Kids’ Sake Committee, Community First Fox Cities Marathon, Institute of Management Accountants/Winnebagoland Chapter (as Past Vice President and President), Girls On the Run Northeast Wisconsin, and Children’s Ministry and a group of Bible study for men at Appleton Alliance Church. Additionally, he is a 2021 graduate of the Nonprofit Leadership Initiative Board Academy, was part of the Fox Cities Chamber’s Fox Cities Leadership Class of 2018, and was honored last year as a chamber Future 15 Young Professional.

Jesse Huntlead commercial loan officer for the $965 million, based in Notre Dame, Ind. Federal Credit Union Notre-Damewas recognized as a member of The Northwest Indiana EraThe 20 under 40 list. Hunt will be honored with a reception at the Blue Chip Casino in Michigan City, Ind., on Nov. 3. He began his banking career in 2006 and joined Notre Dame FCU in January 2021 after expanding the credit union to Whiting, Ind. Hunt is Vice President of the Whiting-Robertsdale Chamber of Commerce, Chairman of the Finance Committee of the Salvation Army of Northwest Indiana as well as Co-Chair of its Advisory Council and President of the Big Shoulders of Northwest Indiana Founders Council. .

The $2.6 billion based in Lake Mary, Florida Addition Financial Credit Union hiring Qing Lu as chief financial officer. Lu brings more than 18 years of financial experience, having previously served as Executive Vice President/Chief Financial Officer at Farm Credit West in Rocklin, Calif., and Chief Financial Officer at the $1.8 billion Northwest Community Credit Union. dollars in Eugene, Oregon. She has also worked in public accounting. , healthcare and investment institutions, and is both a Certified Public Accountant and a Certified Treasury Professional. Lu received his MBA from Simon Fraser University in British Columbia, Canada, as well as a Masters in Accounting from the University of Oregon in Eugene. She also taught graduate-level undergraduate courses in federal business taxation at Bushnell University in Eugene and helped offer a small business loan course through the Huerto De Familia organization to help start-up entrepreneurs from the Latin American community.

Dallas Berg$603 million CEO, Elkhart, Ind.-based INOVA Federal Credit Union was awarded the Indiana Credit Union League‘s 2022 “Chairman’s Global Good Award” on October 13 at the League convention in Dallas. The award was created by the League’s Board of Directors to recognize participation in global or national projects that advance credit unions and their values ​​with immigrant populations or in foreign countries. A key element in Bergl’s selection as this year’s recipient was due to his leadership and service to the board of the World Council of Credit Unions as well as its foundation board.