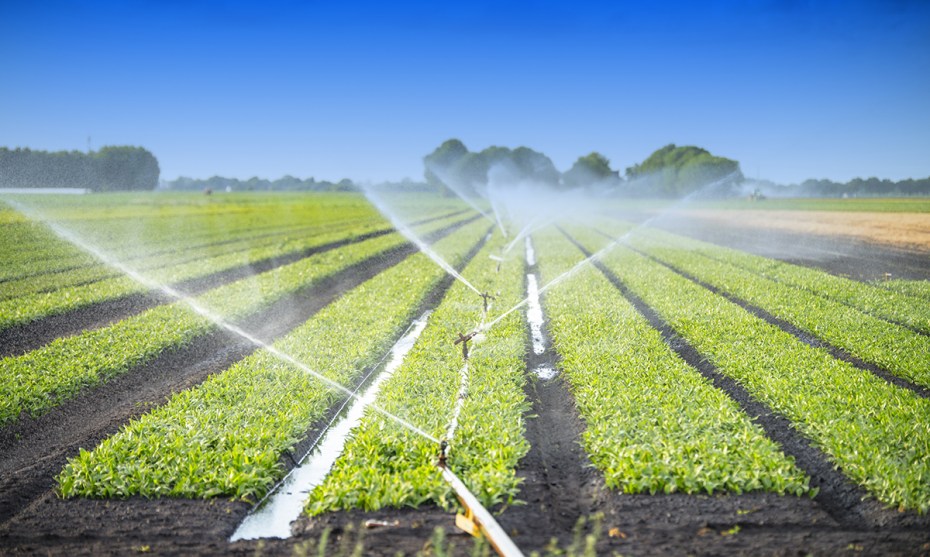 Irrigation is seen as a critical enabler for agriculture and food security and one of the key ways that stakeholders believe to address insufficient rainfall and lack of fresh water to boost sustainable agricultural production throughout the world. year round in Nigeria, remains the strengthening mechanism towards the application of drip irrigation in agriculture.

According to experts, unlike other forms of irrigation such as sprinklers which are only considered to be 65-75% efficient, drip irrigation is 90% efficient in enabling plants to utilize water. water applied as it reduces runoff and evaporation.

Statistics show that around 70% of the world’s freshwater consumption is used in the agricultural sector, but water use efficiency in many countries, especially Nigeria, is below 50%. .

The Food and Agriculture Organization of the United Nations (FAO) predicts that by 2050, global water needs for agriculture will increase by 50%. To meet the growing food needs of a growing population, the world’s fresh water is becoming increasingly scarce, due to mismanagement, indiscriminate use and the effects of climate change, as water scarcity and quality issues therefore pose a serious challenge to future food security and environmental sustainability.

To be able to feed an ever growing population and improve its foreign income in agriculture, Nigeria needs to encourage its farmers to adopt the drip irrigation system as a means of building resilience and sustainable agricultural production through training and sensitization. .

This is important because the process of drip irrigation, especially its application in the drier areas of the country, will help prevent disease by minimizing water contact with plant leaves, stems and fruits. , it allows the rows between plants to stay dry, it improves access and reduces weed growth, it also saves time, money and water because the system is efficient.

Other benefits farmers could derive from the process include; less work, increased efficiency on uneven ground, reduced leaching of water and nutrients from below the root zone.

Speaking at an inception workshop aimed at familiarizing farmers with the operations of the drip irrigation technology pilot project in Abuja, Minister of Water Resources Engineer Suleiman Adamu said the resolution of most of the challenges facing the irrigation system in Nigeria required a critical change from inappropriate water management practices. towards more sustainable land and water management,

According to Engineer Adamu, this can be achieved through the initialization and promotion of technologies that include the optimization of agricultural water management that will support the intensification of agricultural production and the preservation of land and forests. other natural resources.

Engineer Adamu, represented by Director of Water Quality Control and Sanitation, Emmanuel Olusola, added: “Farmers must be trained to reduce dependence on rain-fed agriculture through sustainable use and efficient use of water resources, especially for irrigation”.

In the same vein, FAO Country Representative Fred Kafeero said that promoting drip irrigation in Nigeria will provide an enabling and attractive environment that will bring in more young people, farmers and other vulnerable groups to engage in the production of high value crops through the use of cheaper and simpler irrigation technologies that can be operated and maintained with minimal training.

Kafeero, who was represented by Deputy Country Representative Abubakar Suleiman, said, “It is important not to overlook the need to find solutions to improve water resources management with appropriate policies and regulations on water use, including optimization of irrigation scheduling and more efficient measures. irrigation system, such as drip technology”.

FAO, which provides technical assistance for the promotion of a pilot drip irrigation system under the Hadejia Jama’are River Basin Development Authority located at the Gari Irrigation Scheme, noted that the organization will provide additional support to the federal government and guide adaptation through other river basin development authorities. (RBDAS) in Nigeria.

Similarly, the Director of Irrigation and Drainage of the Ministry of Water Resources, Engineer Esther Oluniyi, said the federal government is working to promote food security and sustainable water management for the irrigated agriculture to produce more crops per drop of water.

She added, “The drip irrigation pilot initiative is to compare the low energy drip irrigation system side by side with the gravity channel, flood irrigated system with a view to come up with some irrigation parameters such that; volume of water used, amount of crops produced, energy cost, labor cost”.

On his part, the President of the All Farmers Association of Nigeria (AFAN), Arc Kabir Ibrahim, said that to achieve food security in the long term, Nigeria must increase the traditional rain-fed agriculture generally practiced today by agriculture. irrigation, as is done in countries where immense progress in food sufficiency has been made.