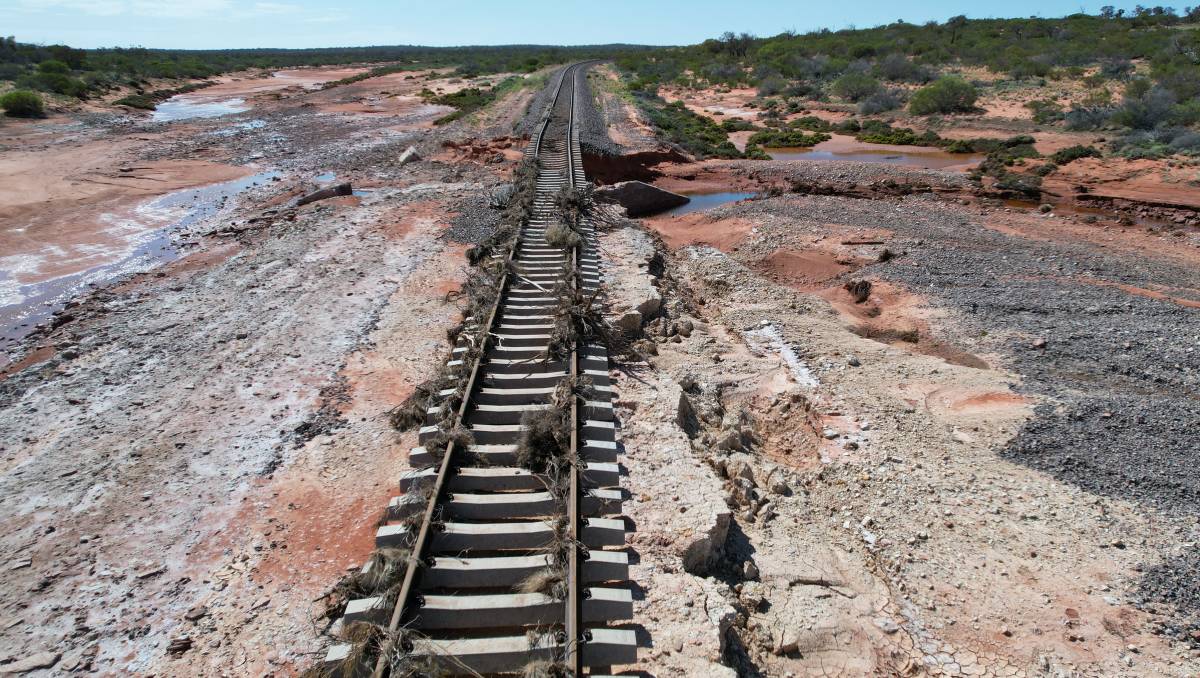 Repair work on the vital east coast to west coast rail link is expected to be completed by mid-February.

The updated timeline was provided today by Australian Rail Track Corporation after flash flooding in the South Australian outback more than a week ago.

Track repairs also involve the northbound rail line to Darwin, which was also badly damaged by heavy rains in the Tarcoola area.

Even though three trailers have been cleared to scare through the Nullarbor, Perth is suffering from depleted grocery stocks with speculation over which Australian navy ships could be called in to help.

The repairs to the Stuart Highway should also take several weeks.

An ARTC spokesperson today said crews were working around the clock to repair the damage.

“Work has progressed from the initial 18 sites to focus on the remaining six sites, which have been most severely impacted and will require the most recovery time,” he said.

Meteorologists now believe that flash flood was the result of an event over 200 to 300 years.

“Due to the volume of water that has been recorded, we are forced to rebuild the access roads from the highway to the rail network to allow the movement of heavy machinery to the site,” said the spokesperson for ARTC.

“The civil contractors are making good progress on this work.

“ARTC has nearly 100 people in the field who work double shifts. We use housing at several regional sites to house the workforce, including Tarcoola, Woomera and Port Augusta, as well as at Mt Gunson mine.

“McMahons, Exact Mining and Bardavcol have reallocated resources from mining and road projects in the region to support rail recovery efforts and John Holland has brought in specialized rail construction resources from Eastern States for the to support.

“This is complemented by ARTC work teams from WA (Kalgoorlie) and two SA depots (Adelaide and Port Augusta) as well as ARTC project management and logistics support from across the country.

“Railway equipment from ARTC, Arc Rail and Sydney Trains is being used in the recovery efforts.

“It is expected that over 50,000 tonnes of ballast and rock, which are stored at several locations on the network, will be used in the repair activity. We source these materials using both road and rail transport to ballast from WA (Kalgoorlie), Whyalla and Adelaide and general construction materials from nearby Mt Gunson mine.

“Over 25 units of heavy machinery are in place at the sites and this has been provided by ARTC, contractors and through local hire arrangements.

“ARTC is also working closely with state and federal governments and local authorities on recovery and repair of damage to infrastructure in the region and we thank them for their support.

“Following a thorough and detailed assessment of all lanes, ARTC can advise that completion of the repair work is expected to take place by mid-February.

“This timeline is consistent with initial updates provided to customers, stakeholders and the wider community.

“Our goal is to repair the line as quickly as possible, in the safest way, to ensure operations can start and freight can move.”

Start the day with all the great agriculture news! Sign up below to receive our daily Farmonline newsletter.