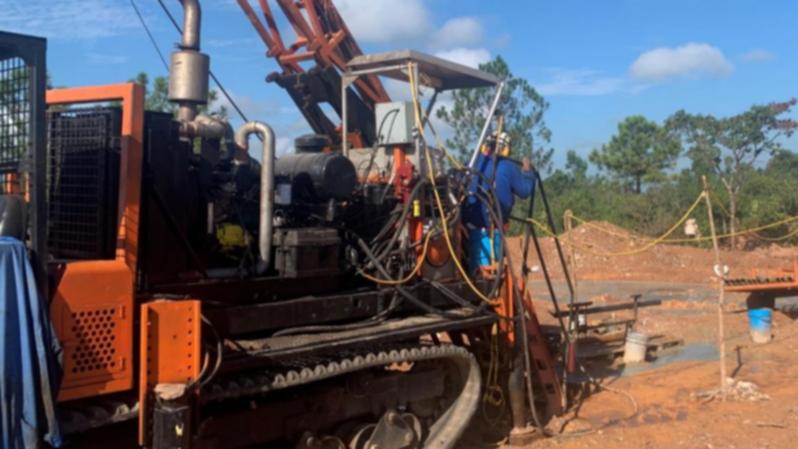 ASX-listed Antilles Gold is further bolstered by the extent of gold mineralization and associated alteration seen in the six drill cores completed at its El Pilar copper-gold porphyry project in Cuba.

El Pilar is composed of a shallow and small but rich oxide deposit that is separated into an overlying gold domain and an underlying copper domain. The company says both areas overlie a copper-gold porphyry system that has not been tested below 120m.

While still awaiting assays from the diamond drill holes, the company is confident that the extent and character of the mineralization observed thus far is indicative of an underlying porphyry system.

Management says grades previously reported to the ASX of gold between 3.12 grams per tonne and 4.78 g/t and copper between 0.92% and 1.41% warrant a planned drilling program of 15 000 m in the second quarter of next year, before a scoping study for an open pit mine.

Ground magnetometry and short-term induced polarization surveys over a 3 km by 2 km area, to cover the large surface geochemical and alteration footprint, are planned and the surveys will help determine the location of the holes. drilling for a 15,000m stage program next year on the large target porphyry.

The El Pilar copper-gold porphyry system is hosted in a volcanic island arc setting of Cretaceous age composed of volcanic rocks of mafic to intermediate composition that are cut by intrusive stocks of similarly aged granodiorite and diorite . The geologic setting is very similar to the many potential geologic environments of the volcanic island arc that are associated with porphyry-type mineralization.

The Antilles seek to deposit a JORC resource for the overlying oxide deposit and bring the shallow mineralization into production by mid-2024. The ASX-listed explorer is in partnership with Cuban government mining company GeoMinera SA, having formed a joint venture with Minera La Victoria SA in 2020. GeoMinera is also the West Indies’ joint venture partner in the open pit mine of gold-silver La Demajagua on the Isle of Youth in southwestern Cuba, which is expected to start production early next year.

Is your ASX-listed company doing anything interesting? Contact: matt.birney@wanews.com.au